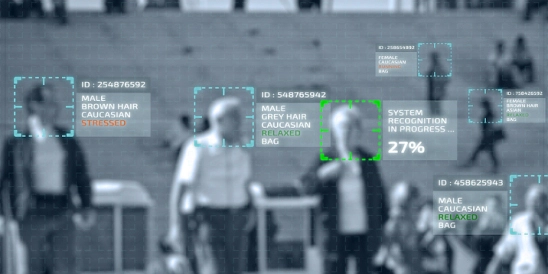 Surveillance is the most contemporary form of security governance and all countries are adopting to it with time. USA raced in to form a surveillance infrastructure after 9/11 and now we are entering in the same domain. The IT act 2000 is finding new connotations – Sec 66 (IT Act) is being re-visited to put a surveillance on laptops and phones, Sec 79 (IT Act) is being revised and amended to trace the originator of fake news. To be precise our privacy is being impinged, freedom of expression diluted. Taking a moral ground here, let me invoke – are we forgoing sense of liberty to buyout little bit of security ? And if so, Benjamin Franklin long ago reminded “any society that would give up  liberty to gain a little security will deserve neither and lose both”.

However keeping the morality and legality aside, lets us discuss the sociological perspective intertwined in surveillance. What actually we mean by Surveillance sociologically ?

As governance enters in private space, we realize the idea of private gets diluted. Our social system is being upended from one where the lives of people are private and actions of governance are public to one where lives of people are public and actions of governance getting private. The concerns of Rafael deal gets communicated in sealed envelop while personal mobile details have become distributed ledger (remember the credit card companies calls, I still wonder who shares mobile details with them ?).

The process of putting private space in surveillance has been the point of argumentation for sociologists since last two decades.

If we trace back to Pre feudal and feudal society security was largely an individual concern or family concern. This must be one of the reason why customary morality and sense of security kept women deprived, veiled and curtained within the domesticated four walls in the name of security. Even in contemporary times, states where social structure is largely feudal – landlords consider security as their personal concern and thus keep lathhedars / lathhaits.

However by the end of world war and in the post war- cold war continuum the idea of threat proliferated and hence security started becoming the prime concern of state. Sociologist Vida Bajc has coined the term “security meta-framing” to describe the process through which security gained its prominence over competing principles that we treasure in our society, such as democracy, human rights, and privacy.

According to Vida Bajc surveillance has two primary elements: individuation and exclusionary classiﬁcation. Individuation means to set apart individual human beings from others. This can be done by assigning unique AADHAR type number or mobile number or a unique computer ip address. And thus  we convert a social body of individual into a mere object of information that can be governed.

Exclusionary classiﬁcation involves the sorting of information into socially constructed categories that allow bureaucratic operatives to proﬁle individuals on the basis of “expected” behaviors that they are likely to exhibit. This way we create a marker of threat and non-threat.  As Durkheim suggested, classiﬁcations are socially constructed categories that help us make sense of the world around us. In other words through individuation and exclusionary classification government tries to create an objective understanding of the most subjective social actor – Human beings.

Having said that, we must also not forget to underline the dysfunctions of surveillance governance. For instance who will be sitting on the other end of camera? Who counts as an analyst, a professional, or an expert? What happens when a professional whose responsibility is to push buttons at a base in DELHI which ﬂies a drone over a village in Kashmir,  is ordered to bomb what is classiﬁed by another professional in a diﬀerent location as “dangerous gathering of enemy forces” when it becomes known that the bomb fell on several hundred people attending a wedding? Thus reiterating Franklin, forgoing liberty to buyout a little temporal security much be taken up with a pinch of pepper and salt.

To cut short, surveillance is a necessary evil. The question is not at all whether we need surveillance or not rather the question lies around how, why and what type of surveillance is needed. And for those who don’t prefer to be watched and spied, the Almighty is watching us all.

Note: reference has been taken from –

2.Reﬂections on the Sociology of Security and Surveillance in the Study of Immigration, Rogelio Saenz